As a Creative, I always aspire to improve customer experience. An example of this was when I developed a video for Kent Automotive’s PROS and CCC ONE launch campaign. I was brought in to help make a video that showed the benefits of a new software integration. In the initial meeting, IT showed me a rough draft they had made and I offered to develop some suggestions to make it more impactful. I then created a visual storyboard document to help communicate my concept for the video with the team. 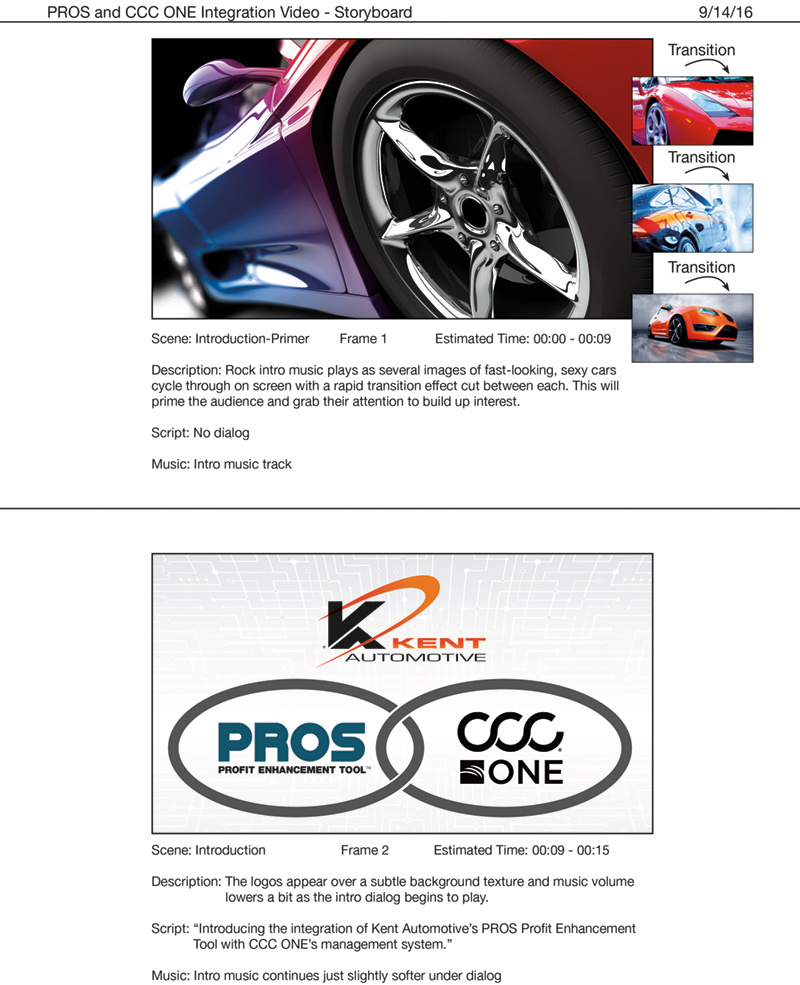 Instead of just showing the technical how-tos, I came up with a way to tell a story of a mechanic and an estimator, the two target users of the software. To save on the cost, I used stock photos of human characters in the roles of mechanic and estimator. This helped make the technical information more engaging and relatable and tell a compelling story about the new software features. This storyboard helped the IT team visualize what I had in mind. Each panel of the storyboard was numbered and this helped IT create and organize the many component video clips. Then I edited the final video, adding elements such as music, pictures. The final video was presented at a sales team meeting and the attendees stated that they were impressed with the quality of the video.